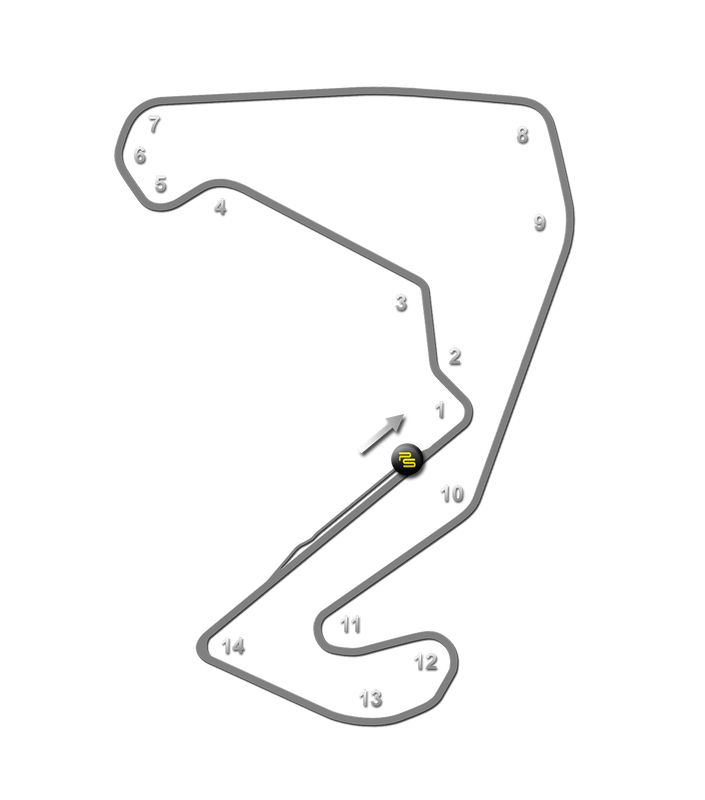 Circuit History
Carolina Motorsports Park is the only purpose-built road racing facility in the Carolinas. It was built on the site of a former World War II fighter training center, close to the town of Kershaw in South Carolina.
A group of enthusiasts and racers from the south east, led by Joe Hooker and Bob Humphreys, played leading roles in getting the project built. Land acquisition was completed in July 1998 and construction began a short time later. In just 12 months the full 2.3-mile road course was open for business, with the layout penned by famed track designer, Alan Wilson.
Facilities have continued to expand over the years, with the additions of a 200 ft. diameter skid pad, registration/office building, timing tower with meeting and classroom space, race fuel station and open air garage.

In 2007, the track was modified, with a new Turn 12-13-14 complex added to spice up the racing and provide an alternative end to the lap. The new course is the one which is predominately used for racing and testing, though the original turns have been retained and still see occasional use. A 0.7-mile Kart track was added in 2010.
Weekdays, the road course is primarily used for race team practice, car manufacturer testing, TV show and commercial filming as well as law enforcement training. Weekends are busy with auto and motorcycle races, track time events and driver education.
​
"Carolina Motorsports Park allows drivers of all skill levels to practice, make mistakes and tune up in a safe environment," said retired NASCAR driver, Ricky Rudd, who has 23 career wins under his belt and was considered one of the better road racers in the NASCAR fraternity. "I have spent a lot of time there doing just that and given it's the only course of its kind in the Carolinas, I think it's the best kept secret around."

In October 2014, the track's owners gave notice that the track was being put up for sale as a going concern, with the right buyers sought to continue developing what is to date a profitable enterprise.