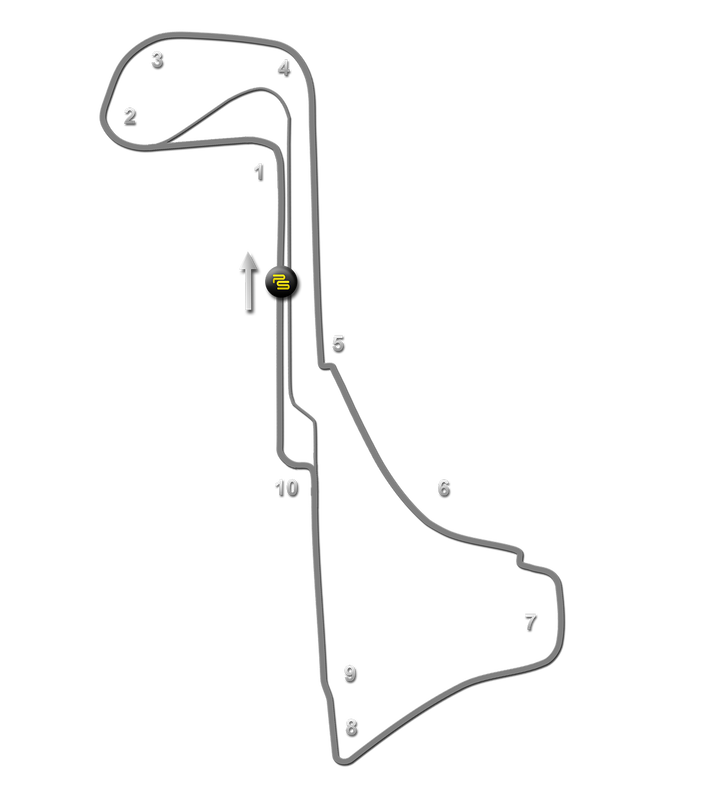 Circuit History
Zolder has always been somewhat in the shadow of its more illustrious counterpart at Spa-Francorchamps but nevertheless Belgium's first purpose-built circuit has plenty of history itself. Always a bustling national venue, the circuit has also had its fair share of international limelight, proving a useful backstop for Formula One while Spa was being renovated and after Nivelles-Baulers faded away.

Racing in this corner of the Limburg area of Belgium has been going on since the 1950s. The Zolder motor club had been organizing events round the town's square for for a number of years when it decided to seek out something more permanent – and less dangerous! A wooded area on the outskirts of the town, close to the canal, appeared to be ideal, as it already had a number of roads which could be joined together to form a circuit. The gentrified owner, Antoine Palmers de Terlaemen, agreed to the proposals to host racing there, reputedly on the condition that the new circuit bore his name – although as he had himself been granted by Royal decree the right to name himself after the village in which his estate was based, it's debatable as to what was named after what. Either way, the Omloop van Terlaemen opened for business in 1961.

The 1.56 miles/2.6 km track was fairly primitive, though a considerable step up from the street races of before. The exact layout of this course is slightly lost in the mists of time – even the circuit does not have plans – but it is likely to have been located at the northern end of the current facility. Basic it may have been but it did serve to whet the appetite of the club and they soon began planning an upgrade.
Seeking the best advice on circuit design, they turned to John Hugenholtz Sr, who had experience of circuit management from Zandvoort and was already working on the design of Suzuka circuit in Japan. Hugenholtz penned a new extension to the course and suggested other improvements around the lap to ensure it met the latest of contemporary safety standards. Construction began at the end of 1962 and the new course was ready for action in June 1963, when it was officially opened by the Minister of Transport. In an unusual photocall, the usual ribbon cutting ceremony was dispensed with in favor of the minister using a cutting torch to slice through a steel cable...

Dutch driver Rob Slotemaker had the distinction of winning the first race on the new Zolder course, the Grand Prix of Limburg, and the circuit soon became established on the national racing scene, hosting two and four-wheeled competition. Formula Two races were a highlight – Denny Hulme winning from Belgian driver Lucien Bianchi in 1964, while Sir Jack Brabham took the spoils in 1966. Other notable winners were John Surtees and Jochen Rindt.

Into the 1970s, F5000 cars paid their first visit for the International North Sea Trophy, Peter Gethin winning in a McLaren ahead of Mike Hailwood and Gordon Spice. The race for the big single seaters proved a portent for things to come, as increasing difficulties at Spa-Francorchamps (including a drivers' boycott) meant that the Belgian Grand Prix needed a new home. A deal was struck for Zolder and the new Nivelles-Baulers circuit to host the race on alternate years while Spa was rebuilt (and thereby satisfying a desire to host the race in both the Dutch and French-speaking areas).

Nivelles hosted the first race in 1972, so Zolder used the 'quiet' year to make some circuit improvements, in readiness for F1. Anticipating that the speeds of the F1 cars would mean they were at risk of taking flight on the rise over 'Sacrament Hill', a new chicane was added. It certainly did the trick of reducing speed up the hill, but was hardly a wonder of circuit design...

The Formula One dream nearly turned into a nightmare, as the track surface showed signs of breaking up in the run up to the event and circuit bosses decided to an entire resurfacing was the only option, just a week before the race. Even this proved problematic and the race nearly didn't go ahead, with several drivers threatening a boycott over concerns that the new surface was not ready and was already showing signs of lifting under the extreme torque of the F1 cars. After endless negotiations, and perhaps predictably, competitive urges meant that all the drivers duly followed Jacky Ickx out of the pits once the event finally got under way. The drivers' fears weren't without foundation – the surface did begin to crumble in places and was likely contributory to several accidents – but Jackie Stewart avoided all trouble to take the victory.

After a year back at Nivelles, the F1 circus returned to Zolder in 1975. The surface was no longer an issue and the circuit had been slowed slightly by the tightening of the final esses, which had now become a left-right chicane, named after Jacky Ickx. With the subsequent demise of Nivelles, F1 would become a permanent fixture at Zolder until the mid-1980s, although it was never the most popular with the drivers. Mechanics too found it a difficult place to work, with the narrow pit lane dangerously overcrowded at times. This was emphasized when an Osella mechanic was clipped and killed by the Williams of Carlos Reutemann in 1981 – new garages and a wider pit lane were in place by the following year in response.

Sadly, the circuit's unpopularity was enhanced further with the death of Ferrari star Gilles Villeneuve in a fearsome accident in qualifying for the 1982 race; the circuit was not to blame in any way, but it did little to lift a sense of gloom in the paddock. The race itself, however, was a classic, John Watson overtaking virtually the entire field to snatch victory from Keke Rosberg after his harder tires – a handicap in qualifying – proved a boon on race day.

The lure of Spa would ultimately prove irresistible for F1 in 1983 and after one last event at Zolder in 1984, the switch became permanent. Touring car races – in particular the popular DTM series from Germany – were now the top attraction, often forming the season opener. Circuit updates continued apace; 1986 saw the tightening of the first corner and the addition of a clumsy chicane at the spot where Villeneuve had crashed; a more fitting tribute to the Canadian can be found in the shape of a replica helmet in the pit lane. The Jacky Ickx chicane was also slightly tightened at this time while by 1994 a new enlarged entrance tunnel meant a realignment of the circuit after the Terlamenbocht, reducing the lap length to 4.184 km.

In 1996, new management took over the circuit and the entire facility was resurfaced, the pit straight being widened at the same time. In an effort to boost the circuit's chances of winning back races of international significance, plans were put forward for more radical changes and these were duly implemented for the 2001 season. Focusing on the canal loop, almost 1 km of circuit was completely dug up and realigned. Turn one was now sharper and run off was greatly improved all round. A new pit exit roughly followed the line of the original course.

Further change came in 2006 when the Sacrament chicane was re profiled, becoming a much slower and sharper single-file affair, though its initial design proved troublesome and was revised again (to make it slower still!) for the following year, in time for a Champ Car race, part of a European double header with the Assen circuit. Circuit bosses had finally got themselves an international event with high-powered single seaters once more, but alas the European adventure would prove a one-off with the reunification with the IRL the following year seeing the series focus on its domestic base.

As a result, the biggest meetings now held are for the Blancpain GT cars, a 24 hour GT and touring car race and an FIA Truck Grand Prix. On two wheels, the German IDM Superbike series also pays a visit and the circuit remains a popular testing and track day facility.