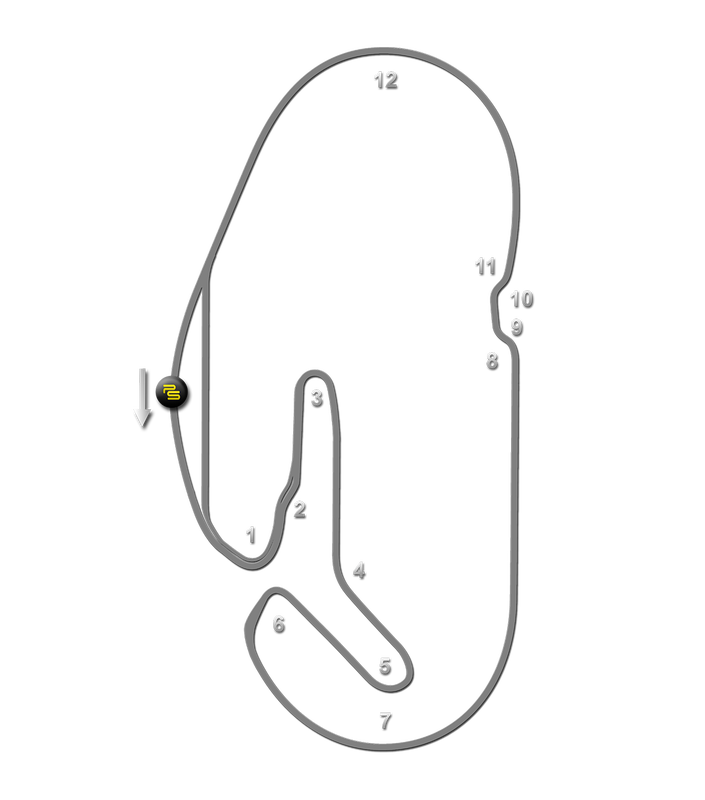 Circuit History
The self-proclaimed 'World Center of Racing', Daytona has been a fixture at the heart of the stock-racing calendar since the advent of NASCAR, growing from relatively humble origins as a sandy blast around the hard sands of the nearby beach to its emergence as a multi-use oval and road course catering for more than 100,000 fans.

While Daytona Beach had been a favored venue for land speed record attempts since the turn of the century, the idea of holding racing events did not really take off until the 1930s. Legend has it that Bill France Sr. was heading south to a prospective new start in Miami in 1934, when his car broke down in Daytona Beach and he decided to settle there instead. He entered the beach race for the first time in 1935 and three years later had taken over the promotion of the races.

It was the beginning of a new dynasty. Along with several others, he founded NASCAR at the end of the war and the racing expanded and flourished. But such was the increase in speeds and, with a similar upsurge in Daytona Beach's popularity as a destination for holidaymakers, the days of racing along the beachfront were always going to be numbered.
France's solution was to build a permanent speedway facility. He met with Daytona Beach engineer Charles Moneypenney to discuss his plans – which were exacting. He wanted to have the highest banking possible to allow the cars to reach high speeds and to give fans a better view of the cars on track. Searching for solutions, Moneypenney travelled to the Ford Proving Grounds in Detroit which boasted a high speed test track with banked corners. Ford shared their engineering data, providing the needed expertise required to transition the pavement from a flat straightaway to a banked corner.

The Daytona Beach city commission leant their support by agreeing to lease of parcel of land next to the airport for the sum of $10,000 a year over a 50 year period. The Daytona Beach Speedway Authority was formed as a result to see through the works.
Next, France began the task of raising the funding for construction. He found support from a Texas oil millionaire, Clint Murchison who loaned $600,000 along with the construction equipment necessary to build the track. France found additional funding from Pepsi-Cola, General Motors designer Harley Earl, by re-mortgaging his own home and selling 300,000 stock shares to local residents. Ground broke on construction of the 2.5-mile (4.0 km) speedway on November 25, 1957.

The tri-oval layout featured banking at 18 degrees at the start line and imposing 31 degree banking in the turns. To build the high banking, crews had to dig out millions of tons of soil from the track's infield. The resulting hole was submerged due to the high water table in the area, creating an artificial lake. It was eventually dubbed Lake Lloyd, after Joseph "Sax" Lloyd, one of the original six members of the Daytona Beach Speedway Authority.

Construction costs escalated, not least due to the difficulties of paving the steep inclines of the banking. Moneypenny's solution was to connect the paving equipment to bulldozers anchored at the top of the banking, allowing the surface to be created without equipment slipping or rolling down the incline. The technique was subsequently patented and later used in the construction of Talladega Superspeedway and Michigan International Speedway.

Funding ran short and France financed the final stage of construction through advanced ticket sales. Finally, the track opened for business with the first practice runs on February 6, 1959. Compared to what the NASCAR racers were used to on the beachfront, it was a massive step forward. Spectators too were well catered for, with around 90 percent of the course visible from the grandstands.
On February 22, 1959, 42,000 people attended the inaugural Daytona 500 and witnessed an exciting finish as Lee Petty narrowly beat out Johnny Beauchamp in a photo finish that took three days to adjudicate.

A 2.66 mile road course around the infield was completed in the summer of 1959 and soon began hosting sportscar events. The Daytona Continental three hours race was established in 1962, extending to 2000km in 1964, and again to 24 hours in 1966. Save for truncated and cancelled races during the fuel crisis in the mid-1970s, the 24 hour endurance event has been the traditional opening to the sportscar season each February. Being a winter race, a large number of laps are run in darkness and many consider it a more grueling event than the more famous 24 hours at Le Mans.

Shorter 3.1 miles and 1.2 miles road course variants were also created (the longer of which was used at various times for the Daytona 200 motorcycle race), utilizing different portions of the infield course.
There were no major modifications to the road course until 1975, when a bus stop chicane was introduced at the end of the backstraight to slow speeds into the banked final oval turn. Further changes were made in 1984 where the course turned back onto the oval at turns five and six, while the following year saw the construction of a new pit lane exit, plus a fast sweeping chicane after turn one and a revised 'International Horseshoe' turn, reducing the length to 3.56miles.

Lights were installed around the track in 1998 to run NASCAR's July race, the Coke Zero 400 at night. The track was the world's largest single lighted outdoor sports facility until being surpassed by Losail International Circuit in 2008. The 24 hours remained largely run in darkness however; only 20 percent of the lighting is employed at night during the endurance classic.

The chicane was revised in 2003 while further change came in 2005 with the construction of a new motorcycle road course, though the Daytona 200 has latterly reverted to the main road course for its most recent runnings. Further modifications were made during 2010 to the chicane as part of entire track resurfacing.
​
Current construction projects include a revamping of the front stretch grandstand areas in a $400 million project dubbed 'Daytona Rising', which is due for full completion in 2016.