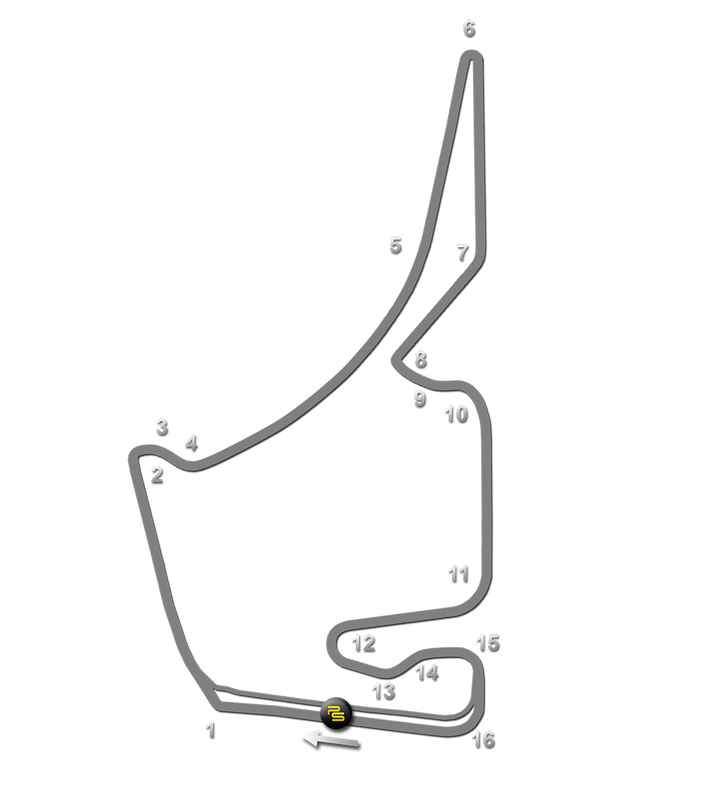 Circuit History
​The German town of Hockenheim has become synonymous with motor racing thanks to its famous circuit, which has transformed from a high-speed blast through the forests to a thoroughly modern autodrome.
The origins of the circuit began with a conversation in 1930 between timekeeper Ernst Christ and his young assistant, who suggested putting on a race in their home town of Hockenheim. Taken with the idea, Christ took the idea to the mayor, Philipp Klein, and (appropriately) on Christmas Day 1931, the municipal council unanimously approved the plans for the new circuit.

Building work began on March 23, 1932, and only two months later on May 25 the first motorcycle race in Hockenheim got under way. For this small town, it marked the beginning of a long association with motor sport.

The essentially triangular course began on the edge of the town and headed out into the forest roads, before looping back on itself. Just six years later, in 1938, the circuit was fundamentally changed. The triangular course was modified with the inclusion of a fast curve at its eastern end, known as the Ostkurve. The familiar oval-shape now emerged and was to be a feature of the layout for the next 63 years.

The new layout was also christened with a new name; Kurpfalzring.  The straights were widened and given  a sealed surface for the first time, while wooden grandstands and other spectator facilities sprung up.  The gradual change from a temporary course to a permanent facility had begun.

In the Second World War the track was seriously damaged, with the surface badly broken up by the passing armored vehicles, while the wooden structures were also torn down. Nevertheless, the motorsports fans in the region were keen to get things going again, and in 1947, the Hockenheim-Ring GmbH was established to look after the economic side of the organisation. Racing resumed again in May 1947. The first German Motorcycle Grand Prix was held at Hockenheim on May 19, 1957.

The construction of the Mannheim-Walldorf autobahn forced the circuit owners to make changes, as its course sliced through the track on the edge of the town. Plans were drawn up for a new motodrome section by Ernst Christ in 1961, with the final design was configured by John Hugenholz. It boasted a new pit straight and a fan-friendly stadium section, as well as a short course and was run in a clockwise direction for the first time. Construction began in spring 1964 and on May 22, 1966, the then German Transport Minister, Dr. Hans-Christoph Seebohm, opened the new Hockenheimring for the German Motorcycle Grand Prix.

A sad chapter in the 'new' Hockenheim unfolded in spring 1968, when Jim Clark crashed to his death in a Formula Two race. A small memorial stone was laid in the forest as a tribute to the great Scot.

Construction work at the Nürburgring meant that Hockenheim played host to the German Grand Prix for Formula One in 1970. In preparation, two chicanes were inserted on the main forest straights alongside other general improvements, including the erection of metal barriers around the circuit perimeter. In comparison with the Nordschleife, racers of the day found Hockenheim to be rather soulless and unexciting.

Minor changes were made to the circuit during the 1980s and 1990s: a chicane was inserted at Ostkurve in 1982, not far from the spot where Patrick Depailler had suffered a fatal crash two years earlier, although this was not used by the motorcycle racers. A rather clumsy affair, it was to provide a notorious encounter in that year's Grand Prix, when Nelson Piquet collided with hapless backmarker Eliseo Salazar and promptly engaged in a bout of kick boxing on live TV... The motorcycle racers continued to use the original Ostkurve as before.
By 1992, a slightly improved Ostkurve chicane was built (again bypassed by the two-wheeled racers) and in 1994 the remaining chicanes were tightened in time for the Grand Prix, though the original variants were retained for bike racing.

In 1999, plans were announced for a wholesale revision to the circuit. The FIA had demanded changes if Hockenheim was to retain the Grand Prix. At 6.8km it was felt to be too long and with large parts heading through forest sections it was not a spectator-friendly facility. A public consultation was held and several layouts discussed, with the aim of creating more overtaking possibilities.

On December 21, 2001, Hockenheim-Ring GmbH received approval for the project, and work began on February 4, 2002. The Hermann Tilke-penned revisions cost of some 62 million Euros and boasted impressive new grandstands which boosted capacity from 83,000 to 120,000. In deference to the public financing which had supported the renovations, the official name of the circuit was changed to Hockenheimring Baden-Württemberg at this time.

The stadium section remained mostly intact, despite a new surface and a tighter Nordkurve (first turn). However, the circuit was dramatically shortened, with the long, forested straights section chopped off in favor of more tight corners. The old forest section was torn up and replanted with trees, eliminating any chance of using the old course either for future F1 events or for historic car events. As the years pass by, only the line in the trees gives any evidence that a circuit ever passed through the forest.

The new circuit has proved generally good for racing, with a number of overtaking spots, but many lamented the loss of the long lazy straights, which marked out the old circuit as something different from the rest of the modern facilities.
​
Ironically, the cost of these revisions put a severe financial strain on the circuit finances. Similar problems were being experienced by the Nürburgring, so the two circuits agreed to share the F1 round, alternating hosting each year, starting with the Nürburgring in 2007.
Even this did not stem the losses, and the circuit posted losses for each Formula One event staged of up to 5.3 million Euro, which had to be covered by the regional government. With the German Grand Prix in danger of disappearing altogether, a new contract to 2018 was agreed with Formula One Administration, with FOA agreeing to cover any losses the event incurs, but even this did not stem the tide.  From 2015 the German Grand Prix was dropped altogether and it is doubtful if it will return unless the financial arrangements for hosting Grands Prix fundamentally changes.