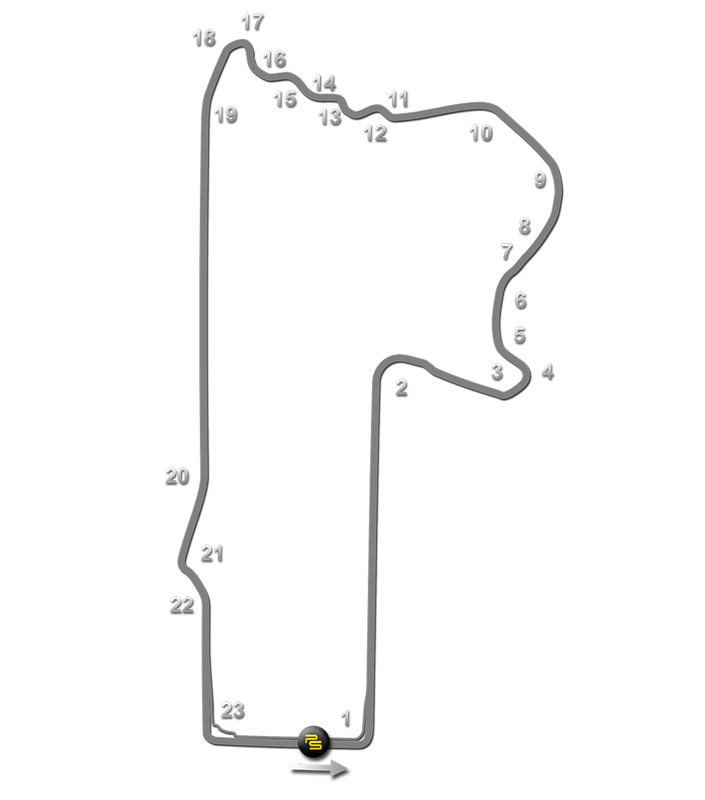 Circuit History
​Bathurst's Mount Panorama circuit has become an indelible part of Australian sporting history and a gathering place for petrolheads the world over thanks to its mix of speed, danger and endurance.
Winding its way up and down a hillside, the circuit has been enchanting racing fans since the 1930s and remains one of the most challenging circuits in world motorsport.  Winning here, whatever the category, is major accolade for any racing driver.
It owes its existence to the pioneering vision of one man, Bathurst Mayor Martin Griffin.  Enthused by racing at the Vale and Peel circuits, which used public roads in and around the city during the 1930s, Griffin hatched plans for a new course.  This would feature fast straights, hairpin bends and plunging elevation changes in order to challenge man and machine to the full.

With the depression in full force, gaining funding for such an enterprise was never going to be easy, so Griffin attracted Federal monies aimed at relieving unemployment via the ruse of creating a scenic road for tourists.  He ensured that engineers built each corner just a little wider than on the plans...  The Mount Panorama Scenic Drive was officially opened on 17 March, 1938.

With the support of the New South Wales Light Car Club and the Auto Cycle Union, the first event was organized in Easter of the same year, before the track surface had been sealed.  Unusually, it was a combined bike and car meeting, with bikes racing on the Friday and Saturday, before handing over to the cars on Sunday and Monday.  Those early events featured primitive facilities - a sea of canvas tents would form rudimentary paddock facilities, and there was nothing but the occasional (and rickety) wooden fence to protect drivers and riders should they get anything wrong while crossing 'The Mountain'.

The format of the Easter weekend races was set and would become a staple feature of the Australian motor racing calendar, continuing right through to the present day when Formula 3 cars headline the action.  In recent years, a 12 hour race each February has been revived and, since adopting international GT3 regulations for the premier class, has seen entries boom in what is rapidly becoming a much-anticipated early season race on the GT calendar.

Of course, it was not single seaters, GT cars or motorcycles that ultimately helped popularize the  Mount Panorama legend, but rather the domestic touring car series with its October 1000km event known simply as the Bathurst 1000.  The race actually began as a 500 mile event at Phillip Island, but when the track surface broke up, Bathurst took over the running from 1963 onwards.  The races were televised and began to draw huge audiences, with only the Melbourne Cup horse race a rival as Australia's biggest single day sporting event. The sight of grids of often more than 50 cars doing battle up and down the mountain enthralled viewers the world over, enhanced by the traditional rivalry between the factory Ford and Holden teams.

Names such as Dick Johnson, Allan Moffat, Colin Bond, Allan Grice and 'King of the Mountain' Peter Brock became household names on the back of victories in the 1000, while there were plenty of unforgettable moments along the way.  Dick Johnson's famous brush with a rock accidentally kicked onto the track by drunken fans may have ended his 1980 race and destroyed his Ford Falcon, but it only served to increase interest in the event and was arguably the making of Johnson's career.

Other spectacular crashes befell Bill Roberts in 1970, when his Falcon spun off the Mountain at McPhillamy Park, barrel rolling multiple times down the hillside.  Then there was Bill Brown's roll at the same spot 12 months later, which saw his Falcon cleaved in two by the barriers.  Dick Johnson hit the headlines again in 1983, when he clipped the barriers at Forrest's Elbow during a fast qualifying run and was sent at speed straight into the trees.  In all three cases the drivers could count themselves extremely fortunate to emerge shaken but largely unscathed from each accident, their cars much less so.

Not so lucky were two spectators (1955), Reg Smith (1960), Bevan Gibson (1969) and Tom Sulman (1970), who were all killed after losing control over one of the humps on Conrod Straight.  Track officials reacted by shaving the track surface down along the straight to try and alleviate the problem, but tragedy struck once more in 1986 when Mike Burgmann was killed when his Commodore aviated off the bottom hump and crashed into and over the retaining wall in front of the pedestrian bridge.  This time the response was more comprehensive; the blindingly fast Chase complex was added by the following year to divert the cars away from the hump and, in the process, create a spectacular new addition to the lap.

Other modernizations have seen concrete barriers put alongside the entire perimeter of the circuit and run-off areas either increased where possible or gravel traps inserted where not.  Ironically, the addition of the concrete walls has increased the perils of the run over the mountain in particular, though at least these days you should not find yourself leaving the confines of the circuit altogether, even if your car does suffer terminal damage should you stray too far off the racing line.

Improvements have not just been aimed at safety; spectator facilities have been much improved over the years, with grandstands erected at key points around the circuit.  Nevertheless, many choose to watch the race from a spot at the top of the mountain, soaking up the more tribal atmosphere of the Ford vs Holden rivalry that divides fans - and families - even today.

New pit and paddock facilities were completed in 2004, comprising new pit garages, race control and media facilities, while 2006 saw the opening of a 129-bedroom hotel alongside Conrod Straight, just beyond the pedestrian bridge.  With every guest room overlooking the track, it has few problems selling out each October...

Improvements continued in 2013 with the replacement of the concrete barriers along pit straight with a new design conforming to latest safety specifications, while the entire circuit was resurfaced immediately after the Bathurst 1000.
​
Despite its world wide fame as a racing circuit, Mount Panorama remains in its entirety public roads, used to access the numerous homes, farms and other properties which sit alongside it.  Cars can drive in both directions around the circuit for no charge on non-race days but be warned - there is a strict speed limit of 60 km/h (37 mph) and police regularly patrol the circuit to enforce it.