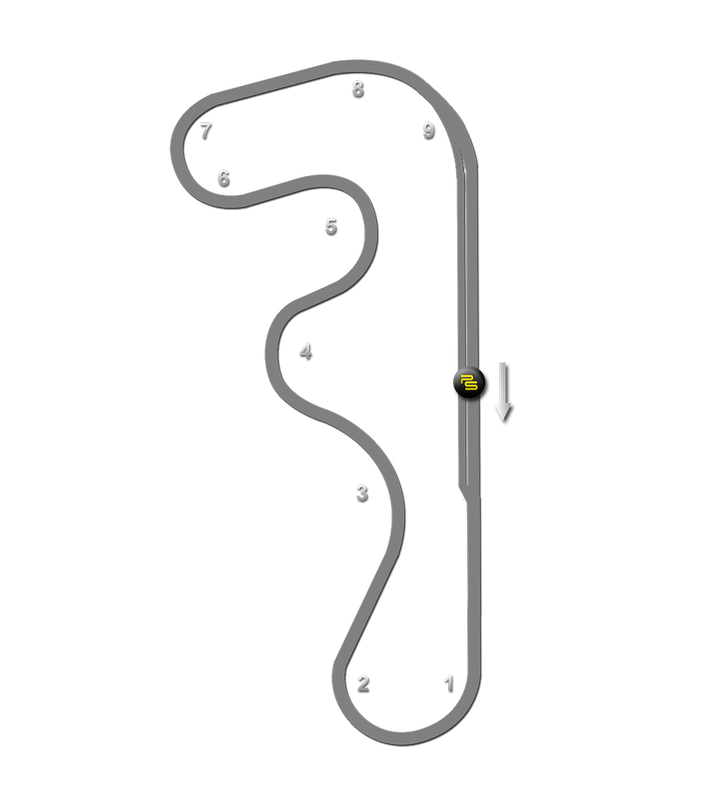 Circuit History
Roebling Road Raceway is one of the USA's premier club racing facilities, owned outright by its SCCA region and busy with all manner of activity for more than 300 days a year. It's not always been this way, however; the early years were a struggle as an abrasive track surface proved unpopular and it looked likely to close until rescued under new ownership.

The track sits within the cradle of American motorsport at Savannah, Georgia. With a rich history dating back to the Vanderbilt Cup Races in 1910 on the streets of the city – but crucially no permanent circuits – sports car racing became established in the 1950s on a variety of temporary airport circuits. Soon races at venues such as Hunter Air Force Base became popular, though only served to highlight the lack of 'proper' places to race.

Among those with an interest in this new form of racing was Robert Roebling, great grandson of John A. Roebling, the designer of the Brooklyn Bridge and scion of the Roebling Wire Rope company. The Roeblings were also partners in the Mercer Automobile Company at the turn of the century – Washington Reobling in fact raced the cars at the Savannah races. A keen amateur racer himself, Robert Roebling attended many races and was keen to see the sport expand. Together with close friend and well-known SCCA member John Reuter, he soon began planning a permanent circuit with which to indulge his passion.

An old farm property in South Eppingham County was quickly acquired, stretching over some 800 acres with very limited access. The pair soon began planning their course, identifying the best areas for laying road. Perhaps it was good fortune, astute property speculation or just Roebling's political influence coming to bear, but soon the poor access would be solved – and into the bargain a quick and cheap way of building the track would present itself.

This was an era of great road building, as the freeway system and supporting network of major roads was established across America. The State of Georgia was beginning construction of Highway 17, which went north of U.S. 80 from Faulkville and up into central Georgia just west of the old farm. As the road inched forward, the engineers needed somewhere to store their road grading equipment and dump trucks. Sensing an opportunity, Roebling allowed the Georgia Highway Department to use his land. As the road building equipment went in and out of his property, they were able to practice their technique, grading a little here, laying a culvert or two there.

Soon the shape of the final track merged, with the base quickly being laid down, at minimal cost to Roebling who was essentially left to pay for the final paving only. In fact, the final course was built to the exact specification of Highway 17, a fact that, while cost-effective, would eventually nearly prove the downfall of the course.

A grand opening for the newly-named Savannah International Raceway was held in August 1958, with the Savannah Region of the SCCA putting on a number of races. The following year Roebling formed the Council for Traffic Safety, installing Marvin Davis of the Savannah Foundation as president. Roebling then donated the track to this group – quite an act of philanthropy, though it is reported he got a large tax break as a result – and named John Reuter as manager and instructor.

Through 1959 and 1960, the course initially flourished, with the Georgia Teachers College and the state police, the local high school, and local police to use the facility to train drivers. Sadly John Reuter then died suddenly and Roebling's enthusiasm for the track seemed to fade considerably.

Racing was a little more of a struggle, since the Savannah Region of the SCCA was very small – just a handful of active racers. With the track being the only one in the region, however, at least one race was organized each year, though attracting entries was always difficult. The abrasive nature of the circuit (it was, remember, built to normal highway standards) drew criticism from competitors. Car counts were as low as 50 to 60 for a weekend of seven races and twenty classes of cars. By 1971, the Savannah International Raceway was getting very little use.

The neighboring Gator Region of the SCCA from Florida also held yearly national races at the track and in 1972 asked Tom Nehl, a member since 1967, to be race chairman. He evidently impressed in the role and struck up a good relationship with Marvin Davis, who was by then also President of the Council for Traffic Safety. Davis asked Nehl if he would be interested in taking over the track on a leasehold basis. Nehl declined but asked instead if he could buy it outright.

Told to come up with a firm proposition, Nehl put together an offer designed to be attractive consisting of cash plus contributions for the next five years to complete full payment, plus a promise to unite the Savannah and Gator Regions to manage the track and a pledge to keep it operating for at least five years. The deal was readily accepted and the SCCA regions merged later than year to form the new Buccaneer Region. In turn, Nehl happily rented the track to the Region for $1 a year, provided they ran at least three SCCA-sanctioned events every year and kept the insurance up to date.

It proved a happy marriage, with the Buccaneer Region organising a driving school, regional and national races. In turn Nehl worked on improving the facilities, with concession stand and restrooms constructed, followed by improvements to guardrails, the establishment of a shed for technical inspections and, eventually, the building of a timing and scoring tower using reclaimed materials from a demolished bank drive-through.

By 1976, the idea was developed to rename the track in honour of Mr. Roebling. At the time, Nehl still owed the Savannah Foundation $4,500 on his payment pledge, so he told them: "If you will forgive that $4,500, we will rename the track and build an entrance wall with a plaque on it, calling it 'Roebling Road'." They were happily agreed and so the track's current name came into being.

Still the problem of the abrasive track surface remained and all concerned knew it was limiting the circuit's potential, with race entries remaining hard to attract. A committee was formed to look for a solution and thoughts turned to Georgia's other famous circuit, Road Atlanta. The Finley Company in Statesboro was contacted and asked to communicate with Road Atlanta and find out who had paved it, and what the formula for the asphalt was. Armed with answers, the cost of re-paving was calculated at $63,000.

Nehl agreed to match fund whatever the Region could raise, so after a fundraising drive the Region raised $24,000, which Nehl matched and then loaned the Region the outstanding $15,000. With the much-needed repaving quickly completed, Roebling Road finally began to flourish. The track became extremely popular not only for racing, but also for testing and use by motorcycles and historic cars.

In 1992, the Buccaneer Region bought the track outright and it continues under this ownership today. Although there are now facilities in the infield for those who come along with the racers, including food concessions and restrooms, the track remains non-spectator, with viewing only for those accompanying participants on the track. Investment has continued, with a new optional chicane complex added to the front straight in 1997, at the same time as another complete resurfacing.
​
While not many outside of the world of racing will get the chance to see it, Roebling Road is now one of the finest non-spectator facilities in the USA. With a busy schedule of events round the year, it now looks to have the kind of assured future that those involved in the early days could only have dreamed of.
THE PHYSICS OF  Road • Oval •  Kart • Autocross • Sim •  Off-road   RACING