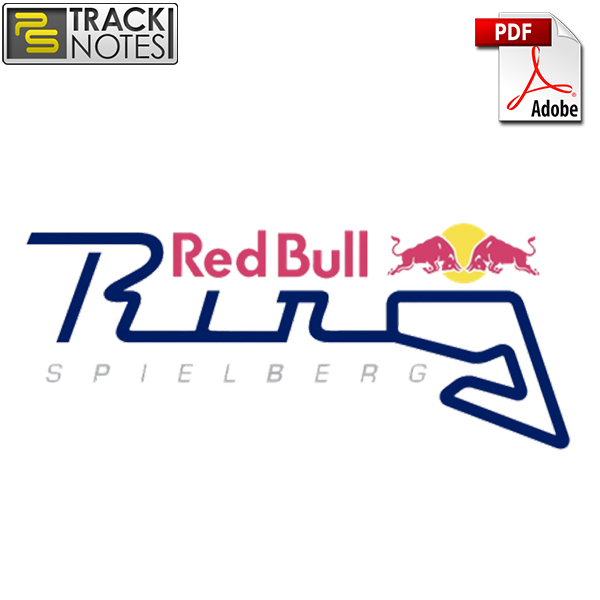 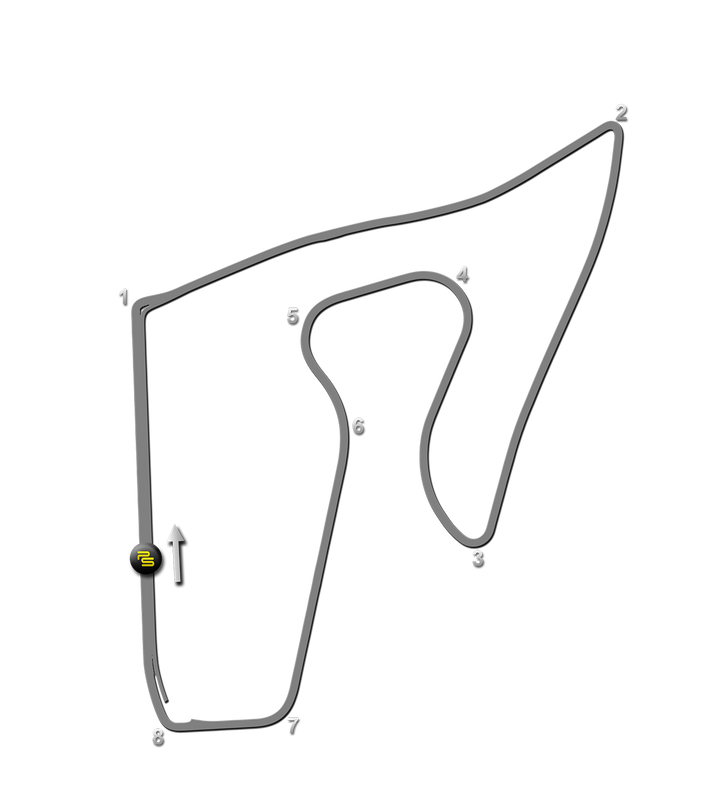 Austria's premier circuit has lived through a number periods of decline, but appears once again to be in the ascendancy as a host of its country's Formula One round.
It opened in 1969 as the Österrichring, built as a replacement for the unloved Zeltweg airfield circuit lower down the hillside which had been used between 1958 and 1968. Whereas Zeltweg was a flat, bumpy and uninspiring blast down parallel stretches of runway, the Österrichring was a fast and majestic ribbon of tarmac laid out among the scenic Styrian hills. From the outset, it was a real driver's circuit, with every corner a fast sweeper taken in a minimum of third or fourth gear.

From the start line, the circuit rose steeply to Hella Licht Corner, a fast right hander, before curling gently down to the Dr Tiroch curve, taken in fifth gear, then rising once more on exit to the top of the circuit. From here you could catch a glimpse down the valley to the pits below, before focusing ahead to the fearsome Bosch Kurve, a fourth gear right-hander with no run-off thanks to the grandstand on the outside, creating something of an arena for fans.
By contrast, the next section – known as the Texaco-Schikane despite it being anything but a chicane – featured grassed run off areas, though even here there were perils as a steep earth bank awaited those who ventured too far off piste.  After turning back on itself, the circuit climbed over a crest once more to the final corner, a fourth gear sweeping right hander, which seemed to go on forever and was renamed in the circuit's second year in memory of the late Austrian hero, Jochen Rindt.

Home for the Formula One Grand Prix from 1969 to 1987, the Österrichring had a knack of throwing up unusual winners. In 1975, Vittoria Brambilla took his only race win for March in appallingly wet conditions, a victory made all the more famous by his spin and crash as he acknowledged the checkered flag... A year later, John Watson scored Penske's only win and in 1977 Alan Jones won for Shadow.
Safety was an ever-present concern thanks to the close proximity of the barriers and the high speeds.  Tragedy struck in the warm-up for the 1975 race when Mark Donohue lost control of his March after a tire failed, sending him careering into the catch fencing at the first corner, flying debris from the car killing a marshal.  While not seeming badly injured at the time, a day later Donohue lapsed into a coma from a cerebral hemorrhage and died, possibly as a result of striking his ahead against a catch fencing pole or advertising hoarding.
The crash prompted the first major changes at the circuit, first a slight tightening of the first corner in 1976 and then the insertion of a chicane the following year. Still the circuit had its dangers. Stefan Johansson was lucky to survive a crash in practice for the 1987 race, when his McLaren struck an errant deer which had strayed onto the track. Deer and car were much less fortunate. Then in the race, multiple crashes on the narrow start-finish straight proved the final straw for the FIA, which dropped the Österrichring from the F1 calendar.

In response, the circuit made changes, increasing run-off in a number of corners. At the Bosch-Kurve, in particular, this required a slight tightening of the corner so that it effectively ran on the inside of the previous tarmac, freeing up the space previously used to insert a gravel trap, slowing the corner but retaining much of its previous character. The main straight was also widened by three meters and selected other parts by two meters.

It wasn't enough to win back the F1 brigade, but it did secure rounds of the new World Superbike Championship between 1988 and 1994. By 1995, the major race event was a round of the new German STW Cup for touring cars but, after a crash at the first turn, which saw the Audi of Hans Stuck ride alarmingly up the earth bank, it was apparent that major changes were needed to secure the circuit's future.
With funding from a major Austrian telecommunications company, the circuit was reborn in 1996 as the A1-Ring after a major rebuilding exercise during the off season. Hermann Tilke was employed to reconfigure the track so that it would once again be eligible for F1.
Tilke dramatically shortened the circuit, bypassing the section from Hella-Licht and Tiroch with a new section ended in a tight hairpin before rejoining the old course on the Valvoline Gerade. The Bosch-Kurve was also no more, replaced by another tight hairpin, while a tighter 'Texaco-Schikane' section was introduced, with the cars following the line of the old course to a squared off Rindt Kurve to complete the lap.

In addition, new pits and grandstand facilities replaced their ageing counterparts, while the new configuration included alternative short and club circuits for the first time. All-in-all, the modernisation project had cost a total of £32 million.

The A1-Ring was a truly modern facility but there were many who lamented the loss of all of the fast corners for which the Österrichring was famed. Tilke's plan had been simple, however. By introducing tighter corners and hairpins, he hoped to increase overtaking opportunities. The racing action, when it returned in 1996 bore out that prediction and the following year the hills rang out to the sound of F1 engines once more. F1 action headlined circuit activities up to 2003, though the track was also used for F3000 and the FIA GT Series among others.

Unfortunately, while the racing was generally good, the F1 event failed to make money and eventually was taken over by the local authorities. In 2003 Bernie Ecclestone cancelled the contract for the race in 2004 because of the Austrian government's support of anti-tobacco legislation in the European Union. The future looked uncertain for the circuit.

After the loss of the F1 race due to the desire to expand the calendar beyond Europe, the circuit was sold to Red Bull's Dietrich Mateschitz in 2004 and ambitious plans were hatched to extend the circuit to the west, incorporating sections of the original course which had lain dormant since the rebuild. The £485 million project would also have seen facilities for a race school, auto museum, hotel and a home for Mateschitz's aircraft collection added within the circuit confines.

In preparation, the pit buildings and main grandstand were torn down and an access trench carved through the main straight, cutting the track in two. Then came unexpected news; after a campaign by local residents, in December 2004 Austria's Environmental Senate blocked the proposals and work saying the project fell foul of noise and pollution regulations. Work was immediately halted and, with no pits, grandstands and a gaping hole in the track, there was no possibility of continuing racing.

Mateschitz effectively mothballed the facility and, despite a number of abortive attempts by the regional government and other parties including KTM and VW to revive the circuit, it fell silent for the next six years. Eventually through, Mateschitz decided to bring back racing, as part of a wider project to support the local Spielberg economy and with an eye on recapturing an F1 race. As part of 'Projeckt Spielburg', Red Bull invested heavily in the circuit, adding a vehicle dynamics facility, off-road area and go-kart track, as well as two hotels and a country club.

Renamed the Red Bull Ring, the circuit reopened in May 2011, with a demonstration of Red Bull racing machinery and round of the Historic F1 Championship. Later that year, DTM and the popular ADAC GT Masters made their returns at the facility and have become regular fixtures in the revived racing calendar.

In December 2012, Red Bull contacted the FIA to say the track would be available to host a round of the Formula One World Championship in 2013, after a slot became available following the postponement of the Grand Prix of America. While this ultimately came to nothing, it at least served notice of the track's intent and, in December 2013, the FIA announced the return of F1 to Spielburg from 2014 onwards.
​
Work was undertaken in 2016 for the possible re-instatement of the full long course, with the construction of a new chicane, roughly on the site of the old Hella-Licht-S, as well as at the Remus Kurve.  No official announcements have been made by the circuit - possibly due to the need to get permits to return the full course to use - and it is not clear as yet what the long-term plan may be.  In the meantime, the Grand Prix circuit was re-measured and from 2017 was listed as being 8 metres shorter, though in reality no layout changes have taken place.
​