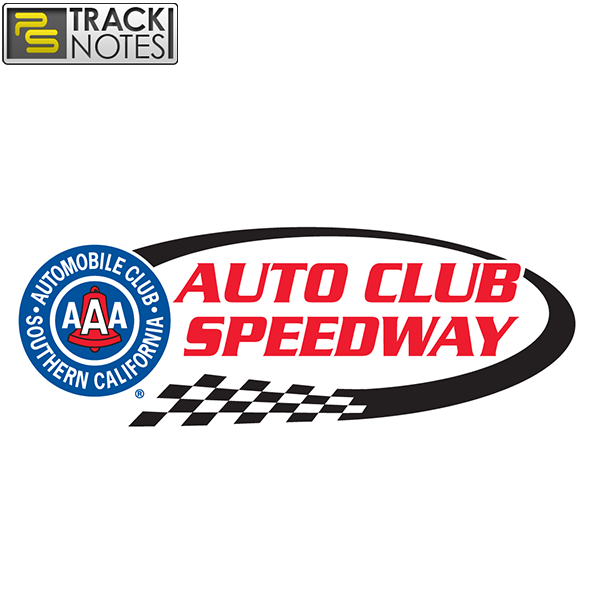 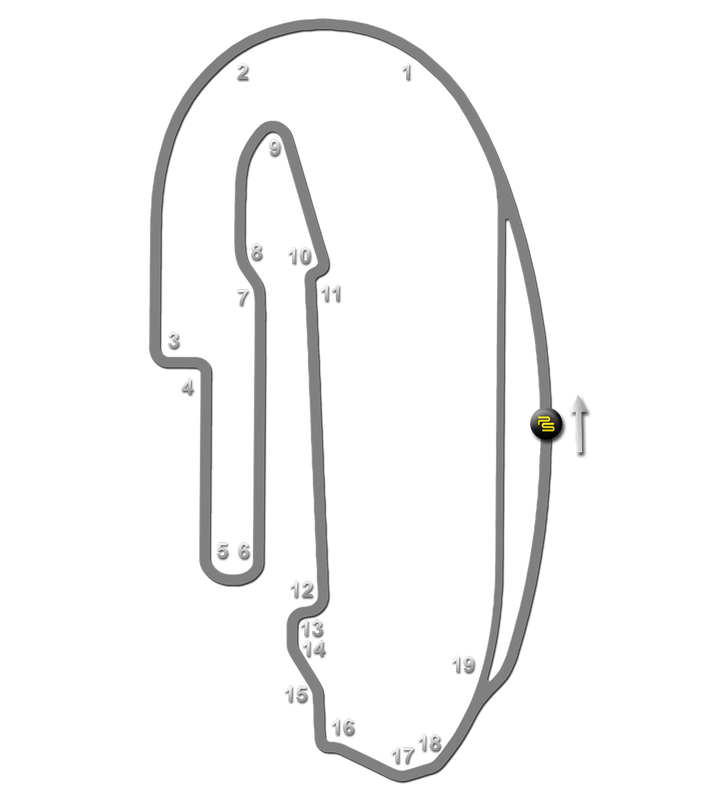 ​The Auto Club Speedway (formerly California Speedway) is among the most modern circuits in America and has the distinction of holding the world closed-circuit speed record, with an average lap speed of more than 240mph back in the heyday of the CART Champ Cars.

Fontana itself is a heavily industrialized town and not one that you might immediately imagine would play host to such a facility. The site itself has an industrial past; the 880-acre Kaiser Steel Mill once stood there, built in 1942 at the height of World War II to make steel for warships. The inland location was chosen specifically to be out of range of Japanese warships.
At its height, the huge plant employed 10,000 workers, pumping out steel necessary for the construction of Liberty ships. It became an economic powerhouse for the local area but the post-war years and competition from overseas saw a steady decline and by the end of 1983, Kaiser Steel went bankrupt and closed forever.
For nearly a decade, the site stood silent and decaying, its only use as a movie backdrop for nearby Hollywood's major blockbusters. Cinema buffs might recognize the site from its most prominent role, the final battle scene in the second "Terminator" film with Arnold Schwarzenegger and Linda Hamilton in 1991.
The plant machinery was eventually sold to the Chinese and in 1993, hundreds of workers came to Fontana, disassembled everything and shipped it to China, where it was reassembled. The remaining land and rubble became an eyesore, with rust and decay dominating the landscape.

Enter Roger Penske, who began talks with Kaiser Ventures about the possibility of creating a racetrack on the site. Talks quickly progressed and the plans for a D-shaped oval, similar to Penske's existing Michigan International Speedway, were announced in April 1994. A year later, the San Bernardino County Board of Supervisors unanimously approved the project, and the final approval came later in 1995, when the Environmental Protection Agency gave permission to proceed after Kaiser agreed to pay $6 million to remove hazardous waste from the site.

Construction began on November 22, 1995 with the demolition of the remaining steel mill buildings. The 100-foot water tower, a landmark of the Kaiser property, was preserved in the center of the track to be used as a scoreboard.

Everything about the construction was on a mammoth scale. More than 21,000 tons of hazardous waste was removed and 370 tons of coal tar was recycled, before workers removed one million tons of rubble and began moving 2 million cubic yards of earth to shape the track. In total 300,000 tons of asphalt were laid, not only on the track but enough for 32,000 parking spaces.

Construction of the track was completed in late 1996 and the new facility bore all the hallmarks of a Penske venture; attention to detail was the best and the speedway boasted facilities others could only dream of, including its own Metro railway station alongside the backstretch.

Prior to completion, race dates were agreed with CART and NASCAR for 1997, marking the first time that NASCAR had scheduled a race at a yet-to-be-completed circuit. On January 10, 1997 Marlboro Team Penske's driver Paul Tracy became the first driver to test on the new California Speedway while NASCAR held its first open test session on at the track from May 5–7. The official opening and ribbon cutting ceremony was held on June 20, 1997 with the first race, a NASCAR West Series race, being held the next day.

The first CART race, the Marlboro 500, would prove a record-breaking affair: Mauricio Gugelmin set the pole with a lap average 240.942 mph, a new closed-course record, and had actually lapped even faster during practice, setting a blistering pace of 242.333 mph. The official record was finally beaten during CART qualifying on October 28, 2000, when Gil de Ferran turned a lap of 241.248 mph. (There is some discrepancy in the recognized average speed however, because CART did not use the commonly recognized 2.000 miles (3.219 km) distance used by NASCAR and Indycar, but measured the track as 2.029 miles (3.265 km). Assuming the length of exactly 2 miles, the average speed is only 237.977 miles per hour (382.987 km/h).)

With early success following the opening of the track, the speedway began to expand reserved grandstand seating along the front stretch with an additional 15,777 seats. In May 1999, an additional 28 skyboxes were added to the top of the main grandstand in a program of works completed under the new ownership of the International Speedway Corporation, after the Penske tracks were merged into the Bill France-owned company.

Sadly that year also saw the circuit's first fatality, when CART star Greg Moore crashed along the backstretch of the track during the Marlboro 500. After sliding along the infield grass, Moore's car hit the edge of oncoming pavement, which caused the car to flip into a concrete retaining wall causing fatal injuries. In reaction the crash, the track owners eliminated the backstretch grass and replaced it with an asphalt strip, a practice that has since been widely adopted at other ovals, including all ISC ovals.

The only major change to the circuit to date came in 2001, when the infield of the speedway was reconfigured to hold a multi-purpose road course. This featured two distinct layouts for car and motorcycle use (the motorcycle version eliminating the banking at Turns One and Two altogether), while an infield test course could also be used. The road courses have been used by AMA and the former Grand Am series, while the Japanese GT Championship made a rare overseas foray in 2004. The test circuit is also widely used.

In April 2003, the San Bernardino County Planning Commission approved the installation of lights around the track, allowing night races for the first time. Later that year NASCAR announced a second annual Sprint Cup Series race at the track for the 2004 season, with the second race being run "under the lights". NASCAR ran two weekends of racing annually until the 2011 season, when the track returned to a single annual race weekend.
​
On February 21, 2008, the Automobile Club of Southern California (ACSC) became the title sponsor of the raceway, making Auto Club Speedway the track's official name. The deal will last for ten years and is worth an estimated $50 to $75 million. It is the only ISC track to have sold its naming rights.
THE PHYSICS OF  Road • Oval •  Kart • Autocross • Sim •  Off-road   RACING